Revolutionary Army Life on the Road

The scenes of modern reenactors shown here illustrate the various uniform and camping conditions of the allied armies.

A bivouac for the allied armies was not simply a bed to rest for the night, but a place with a daily set of demanding chores. Hundreds of oxen and horses needed to be unhitched, fed, watered, and secured for the night, especially during the overland baggage train march. Tons of hay had to be procured. Often, when fresh meat for several hundred marchers was even available, it was on the hoof and needed to be slaughtered and dressed before cooking

French soldiers of Lauzun's Legion, for example, were paid and supplied as an expeditionary force by the treasury of France. The Americans however, were underfunded, but effective as a fighting force in the allied military campaigns against the British.

Wagons and artillery required constant maintenance, which could only occur before the next day's march. Gunpowder and weapons had to be protected from wet weather. Outdoor camping Life with the Virginia mosquitoes requires no explanation. 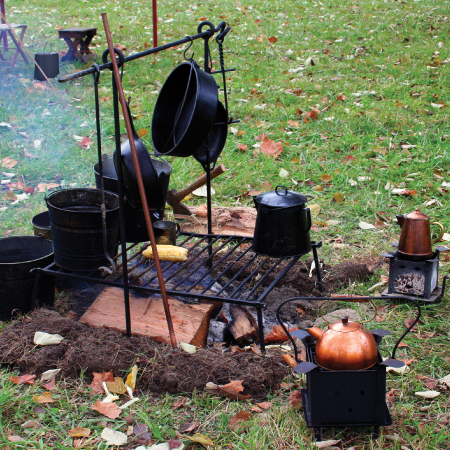 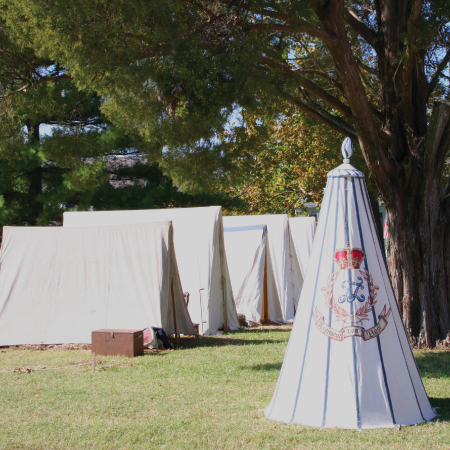 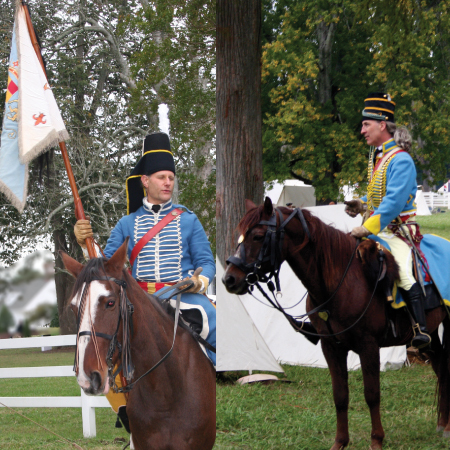 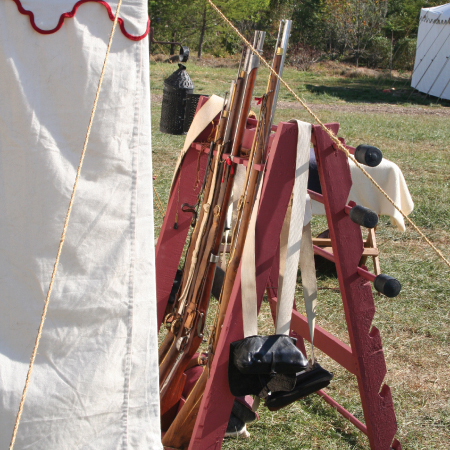 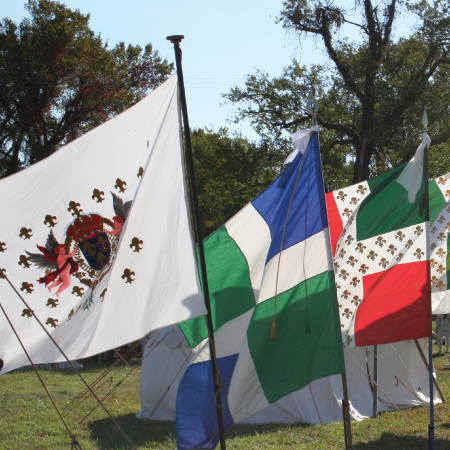 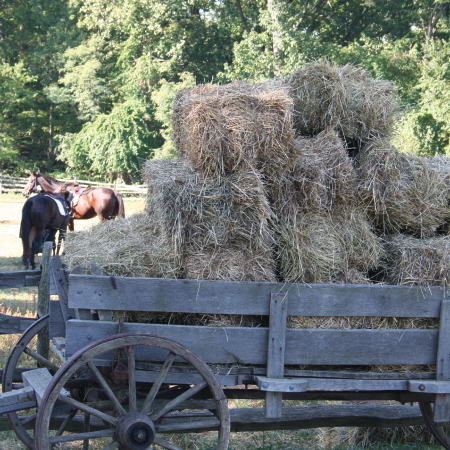 The horses and oxen fed on local hay ... 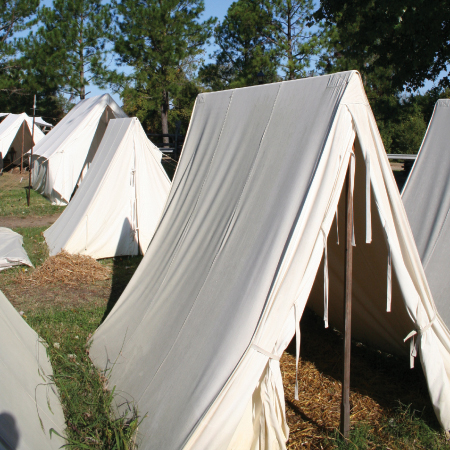 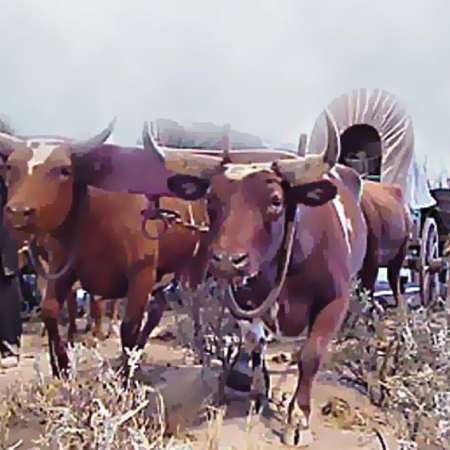 The mighty oxen - heroes of the overland march